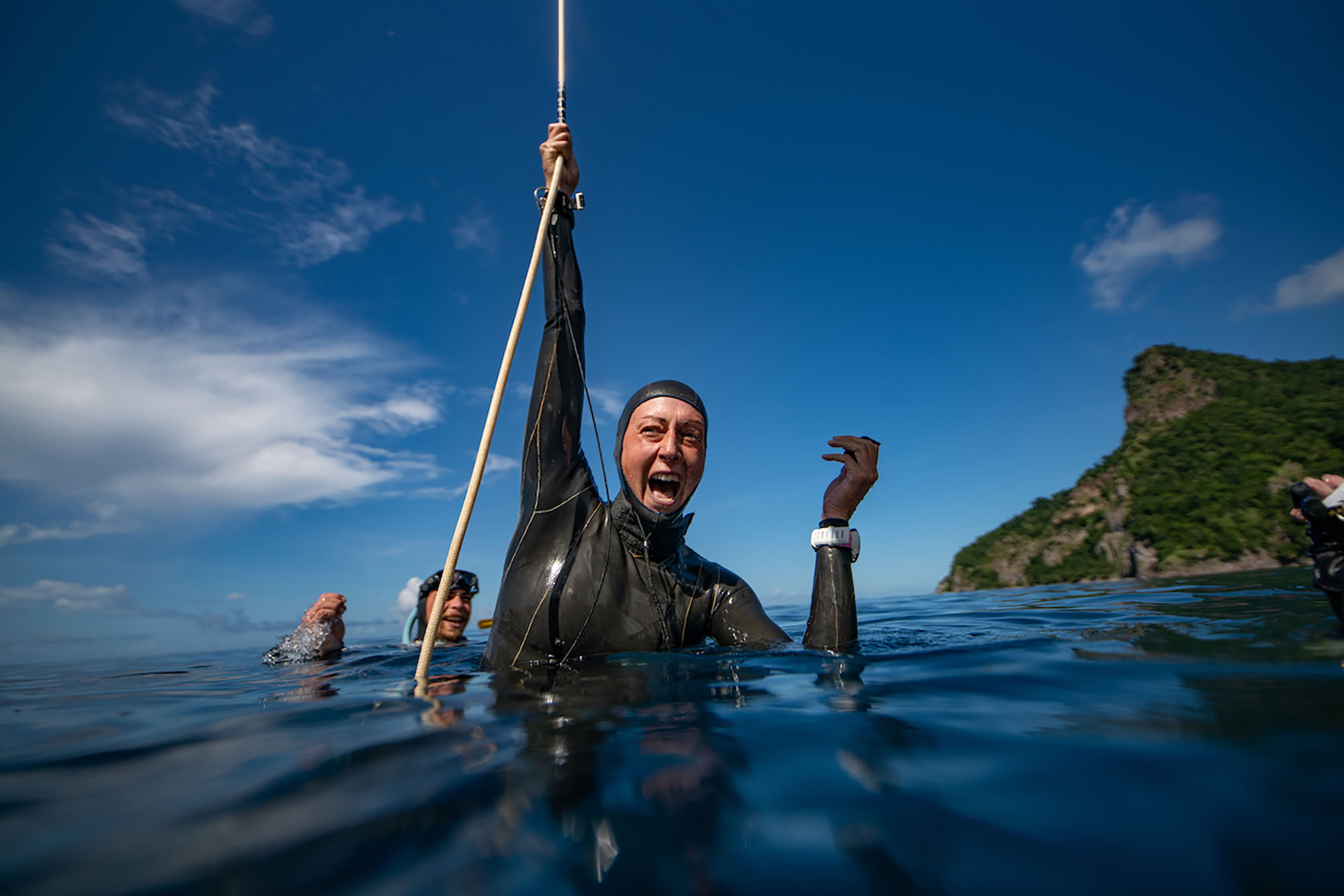 Although she hails from a part of Canada over 1,000 km from the ocean, Sheena has always loved being in the water. Growing up, she spent summers on the lake and winters in the pool, becoming certified in lifesaving, rescue, and swimming instruction. As an adult, Sheena dabbled in many activities, including martial arts, circus, and running, but none of them stuck. She eventually took up scuba diving and fell in love with the sea, which led her to leave the chilly prairies and a career in design and communications behind. Her search for sunny weather and good diving brought her to Utila, Honduras, where she enrolled in a beginner freediving course—and got completely hooked!

A few years (and a couple of skipped flights) later, Sheena is an Apnea Total Master Instructor and AIDA Instructor who has helped hundreds of students of all levels discover their aquatic potential. Strong and tireless in the water, she has also served as a competition safety diver.

The 2018 Caribbean Cup International Freediving Competition was Sheena’s first foray into competitive freediving. During the Cup, she broke the long-standing Canadian national record in Free Immersion—twice! With big smiles and a lot of laughter, Sheena became the Female Overall Winner of the Cup.

While she loves the challenge of diving deep, Sheena believes that freediving is firstly about enjoying your time underwater, be it on the line, in the pool, or on the reef, and she strives to share this mindset—and plenty of smiles—with fellow divers.

When not in the Caribbean Sea, you can probably find Sheena in the kitchen, baking brownies and brewing coffee in her beloved AeroPress.